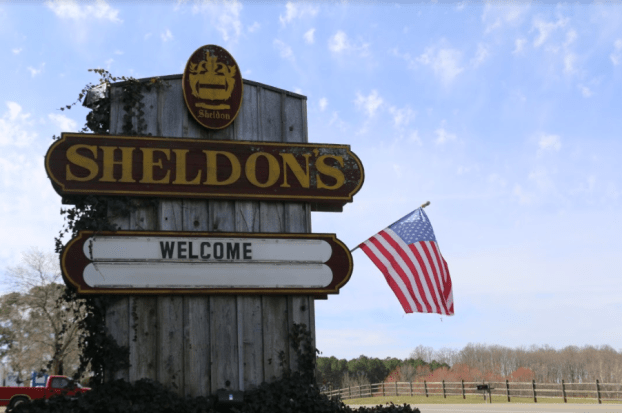 By Morgan White and Anna Bultrowicz

“We’ve had two meetings with the new owners and we’re very pleased. It’s a good fit because there will be no changes as far as the staff, the food, the hotel, catering or anything like that,” said Sheldon.
Sheldon said the new owner, Jay Shah, owns hotels, convenience stores and gas stations in Richmond and in North Carolina, where he’s the principal of A&S Hotels LLC. Shah has brought in his own general manager, Dee Patel, to work for Sheldon’s.

“They’re very sensitive; they realize they can’t make any changes except for the better because if they did, it would be the end,” Sheldon said. 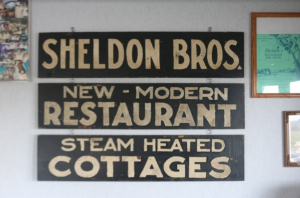 He said he doesn’t look at the sale as the ending of an era — but the beginning of a new one.
“I’m almost 70-years-old,” Sheldon said. “I’ll be 68 in May, and when you reach that point, you start to think, ‘Should I get out now while we have a good business, or should I stay until I start having health problems and (then) the value of the business starts falling as your health fails?’”

The motel was founded in the early 1940s by Grover “Buck” Sheldon Sr. and his brothers, who had previously owned a lumber business. According to Grover, his father wanted to fill a market gap. “Back then, no roadside hotels existed out here,” said Sheldon. “Everything was in the cities.”

Buck and his brothers looked all over the state before finding the motel’s location in Keysville. When Sheldon’s first opened, it was extremely successful and remained open 24 hours a day, seven days a week.

Sheldon recalls his father waking him up at midnight some nights to help out because the restaurant would become so busy. He’d been working at Sheldon’s ever since he was old enough to reach the dishwasher.

After the attack on Pearl Harbor, however, Sheldon’s was forced to close down for an uncertain period of time. According to Sheldon, rations prevented the restaurant from getting basic ingredients, such as flour and sugar, and Sheldon’s employees quit to support the war effort.

“At the time (Sheldon’s) only hired men. The men all went into war industries, which were paying fabulous salaries then,” said Sheldon.

Buck served as a radio technician during World War II.

When Buck returned, he took the motel back over with his wife, Frances.

The younger Sheldon’s era as owner began in 1986, who, initially, was reluctant to accept ownership.

“After college, I didn’t want to go into the restaurant business,” said Sheldon, who graduated with a business degree. He served as a principal with Patrick Henry Academy for five years before returning to the motel.

Today, Sheldon’s prides itself on providing quality meals and clean, quiet motel rooms. The restaurant has an old country lunch and dinner buffet seven days a week, and the food is all handmade.

“Most of the customers that we have are regulars. They come in here every day. Some of them multiple times every day,” said Katie Rumaker, a part-time waitress who has been with Sheldon’s for two years. Many of the employees have worked at Sheldon’s for 30 or 40 years.

Charlotte County resident Garland Clark comes in most mornings to break up his day. “It’s my home away from home,” said Clark.

The motel and restaurant have continued to expand over the years, now catering and hosting banquet events.

“It’s not your typical fast food place. We have excellent employees, as well as cooks, and we come together in bits and pieces to put it all together,” Sheldon said. “It’s been a very rewarding experience.”
Sheldon said he would be working with the new ownership for the next three to four weeks in order to make sure the transition is smooth.

The economics of solar farms

The show must go on

Board to consider firearm resolution