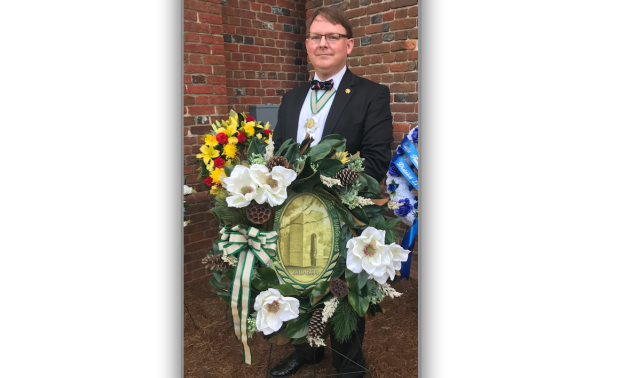 J. Shane Newcombe of Randolph, the Governor General of the American Descendants of the House of Burgesses 1619-1699, presented a wreath on behalf of the national lineage organization at the historic events in Jamestowne commemorating the 400th Anniversary of the establishment of the first elected and legislative assembly in the New World on July 30. Newcombe is a lineal descendant of two members of the House of Burgesses: Colonel Thomas Ligon and Christopher Branch. The wreath was designed and crafted by Blooms by Shannon in Keysville.

A wreath-laying ceremony was one of many memorable events that took place Tuesday, July 30, at Jamestown, the site of the first permanent English Colony in the New World. The American Descendants of the House of Burgesses 1619-1699 was invited by Jamestown Rediscovery, Preservation Virginia, and the National Park Service to lay a wreath at a memorial service commemorating the formation of the House of Burgesses 400 years ago. On July 30, 1619, 22 gentlemen, representing 11 distinct geographic locations and plantations in the Colony of Virginia, assembled together at the site where the current Memorial Church on Jamestown Island stands. Those 22 gentlemen formed the first legislative body of government in the New World: the House of Burgesses. Today, Virginia’s General Assembly stands as a living testament to democratic government as it is a direct descendant of the House of Burgesses and Virginia’s General Assembly continues to serve as a model of legislative assemblies not only in the United States, but across the free world.

The Memorial Church served as the backdrop for the presentation of 17 wreaths from across the Commonwealth. The American Descendants of the House of Burgesses, a hereditary association devoted solely to honor the memories of the Virginia Burgesses, who served during the 1619-1699 years of Assembly. For nearly a decade, the board of directors for the association has philanthropically endeavored to honor the memory of Virginia Burgesses, as founding law makers of this country, with the awarding of a scholarship to a deserving law student from one of the eight schools of law in the Commonwealth. The memorial wreath was the first one presented in memory of the formation of the first elected and legislative assembly of what would become the greatest nation the world has ever known.

The emblem for the American Descendants of the House of Burgesses is quite symbolic of the Memorial Church, with it being the focal point. It is oval and incorporates only two colors: gold and green; and the epicenter features the Church tower in gold, which signifies the grandeur, prosperity, wealth, wisdom and illumination of the first legislative body in the New World. Underscored below the Church is imprinted that dates 1619-1699, the 80 years of the legislative body’s years of assembly and presence at Jamestowne. This centerpiece is bordered by a narrow band of green, signifying the color of life combined with meanings of growth, ambition and harmony; again, synonymous with the first legislative body of an infant colony that over centuries later would rise to global prestige. Inside the top of this band is inscribed, in gold, the name of the organization, and at the bottom, also engraved in gold are leaves of tobacco, signifying it as a cash crop of the Commonwealth and as a staple currency of the 1600s. The memorial wreath presented on this historic occasion encompasses the emblematic and iconic representations of the American Descendants of the House of Burgesses and is encircled with magnolias, a symbol of dignity and nobility.

Following the ceremony and with a rising sun as a backdrop, an assembly of leaders throughout the Commonwealth and many lineage societies gathered together inside the Memorial Church to hear remarks from Virginia Governor Ralph Northam and other distinguished guests. From there, all proceeded to the Jamestown Settlement for afternoon commemorative events that included distinct guest presenters and a Special Session of Virginia’s General Assembly to commemorate the origins of democracy in honor of the 400th anniversary of representative government in North America. President Donald J. Trump was the keynote speaker. 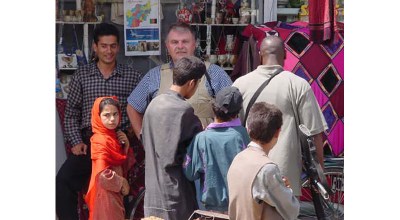 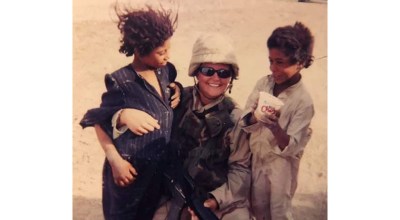 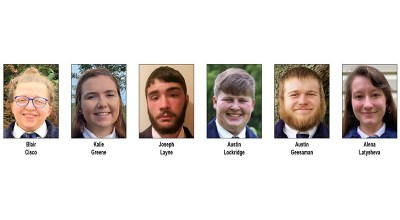