UP NEXT FOR R-H ATHLETICS 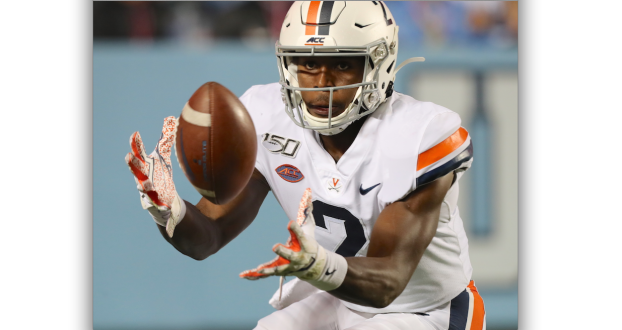 Joe Reed, a former multi-sport star at Randolph-Henry High School, has now starred for the University of Virginia and earned a new first-team All-American honor.

Previously, Reed was named a first-team All-American by the Walter Camp Football Foundation, the release noted. The FWAA is one of five outlets that the NCAA recognizes in compiling its annual consensus All-America squad. The others are the Walter Camp Football Foundation, the Associated Press, The Sporting News and the American Football Coaches Association (AFCA). Only Walter Camp and FWAA have a kickoff returner position on their All-America teams, both of which featured Reed garnering first-team honors. The Sporting News combined its punt and kick returner into one returner position, an All-America list where Reed earned second-team honors.

Reed, a senior, was a finalist for the Paul Hornung Award, recognizing the nation’s most versatile college football player, and currently leads the nation with a 34.7 kick return average, officials said in the release. On deep kickoffs to inside the 5-yard line, Reed has returned 13 kicks for an average of 41.5 yards per kickoff return. He is the only player in the nation with 22 or fewer kick returns to go with 700-plus kick return yards. The versatile Reed has 70 receptions and 627 receiving yards to go with six touchdowns. He is the only player in the nation with 600-plus receiving yards (627) and 600-plus kick return yards (764).

The release cited that Reed is one of three ACC players named to the first team and one of eight overall to be named to the 2019 FWAA All-America team.