Treasurer’s office closed due to exposure to COVID-19

A midnight to 5 a.m. stay-at-home order goes into effect at 12:01 a.m. Monday morning, Dec. 14. Northam also asked that masks be worn by everyone when they are at work inside businesses or restaurants including employees and customers. A guideline limiting gatherings will be lowered from 25 to 10 people. These new restrictions will remain in place until Jan. 31.

The additional restrictions do not apply to churches, schools or universities.

“Hospitalizations have increased statewide by more than 80% in just the past four weeks,” Northam said as a reason for the steps being taken to flatten the trend lines of increasing cases, hospitalizations and deaths. “(Hospital) capacity is becoming a problem in southwest Virginia and could soon become an issue here in Central Virginia. In most Virginia hospitals, the biggest problem right now is staffing. The nurses and doctors are literally exhausted. They’ve been working around the clock for months.”

Northam said the difference in this mask policy and the one that was previously in place is that it expands to anyone indoors who cannot keep six feet of distance. The previous rule included only those businesses serving the public.

“We have seen convenience stores around Virginia where people have walked in and none of the employees have had on masks. So everybody indoors, everybody, will be required to wear a mask,” Northam said.

He said enforcement of these policies would be similar to what has already been occurring around the state, but said enforcement would be stepped up. Northam mentioned a couple restaurants in Richmond and one in Petersburg that have lost their licenses due to not following coronavirus mandates.

“I just want to make sure Virginians take this seriously, because we’re serious about it,” Northam said. “We are very concerned about our hospital capacity, especially in the southwest, and if the numbers continue to go up, we’re going to have some real, real challenges.” 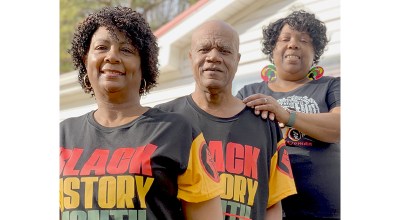