A bill allowing the public access to limited criminal investigation records will go into effect in July along with a handful of other bills related to government transparency.

“I’d been a journalist for 10 years, and I frequently saw that access to police records was very difficult,” Hurst said. “In denying those records, accountability and transparency were lost.”

Hurst said he hopes the bill will give the public reasonable access to criminal investigation files.

“It’s good governance once a case is closed to let the public see it,” Hurst said.

The bill will allow requesters access to files including descriptions of the crime, where and when the crime was committed, the identity of the investigating officer and a description of any injuries suffered or property stolen.

The bill will benefit journalists, but they aren’t the main reason Hurst introduced the legislation.

“I didn’t introduce the bill on behalf of journalism,” Hurst said. “I introduced it for the people in the public who care about police accountability, to help victims get closure and to help victims of wrongful incarceration, so we can try to achieve justice in those cases.”

A public body, such as a law enforcement agency, will have longer to respond to a FOIA request that is related to a non-ongoing criminal investigation. Public bodies can now ask for up to 60 additional days as opposed to a week to provide records, as long as they communicate this to the requester and have a valid reason.

Hurst introduced a similar bill during the 2020 special session. The bill narrowly passed the House but didn’t advance past subcommittee in the Senate. HB 5090 expanded the scope of records made available to the public and also sought to limit the time frame for categorizing a case as “ongoing.”

HB 2004 has no time frame behind its definition of an ongoing case. An ongoing case is defined as one that has not been resolved or in which evidence is still being gathered for future criminal cases.

“It’s not everything we wanted, by a long shot, but it’s a bill that moves us away from rejecting requests for records as a matter of policy,” Rhyne said.

The legislation only pertains to closed investigations, so it will be more useful for investigative reporters writing long-term stories than for breaking news reporters, Rhyne said.

“This bill is aimed at at least getting the police to open up the file, look through it, and determine which parts of it can be withheld with justifications,” Rhyne said. “In the past, reporters would just be told that this material is exempt.”

Rhyne said the bill might also benefit the families of crime victims.

“The family members of both the defendants and the victims, and victims and defendants themselves, will be able to take control of their own narrative,” Rhyne said. “During the legislative session, we had family members of two people killed in Virginia Beach who said, ‘We want to be able to see this, to see evidence from the investigation of what took our loved ones from us.’”

Legislators introduced more than 40 bills during the 2021 Virginia General Assembly sessions that would have impacted the FOIA, according to the Virginia Coalition for Open Government. The governor also signed two other FOIA-related bills, Senate Bill 1271 and HB 1931, that apply to electronic meetings. Many government meetings have been held over Zoom and other video conferencing platforms during the pandemic.

SB 1271 allows public bodies to meet electronically if a locality declares a state of emergency. Electronic meetings only were allowed previously if the governor declared a state of emergency. The bill also requires officials to allow the public to attend and comment at the meetings. Sen. Jeremy McPike, D-Woodbridge, introduced the bill.

“It encourages videoconferencing, but doesn’t require it, in case small localities or public bodies don’t have broadband or funds to be able to do video,” Betsy Edwards, executive director of the Virginia Press Association, said.

HB 1931 allows members of public bodies to meet electronically if a member has to take care of a relative with a medical condition and cannot attend an in-person meeting. Del. Mark Levine, D-Alexandria, introduced the bill.

“This bill was put forward to make it easier for members of public bodies to attend meetings — at any time, not just during a pandemic — by electronic means,” Edwards stated.

HB 2025, introduced by Del. Wendy Gooditis, D-Clarke County, would exempt government email distribution lists from being automatically disclosed under the FOIA law. Under current law, members of the public have to “opt-out” to not have their personal information disclosed when they sign up for government email lists. The new law requires members of the public and government officials to “opt-in” to have their information publicly disclosed. FOIA advocates wanted the “opt-in” provision taken out of the bill, saying it contradicts public records policy and could bleed into other potential exemptions. 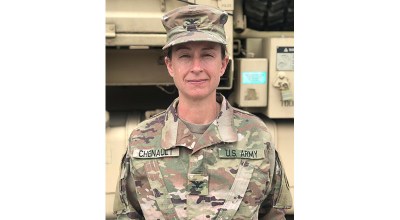 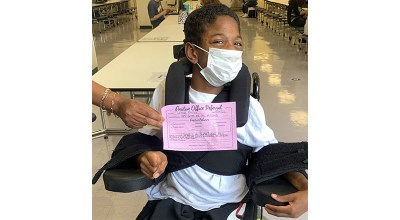