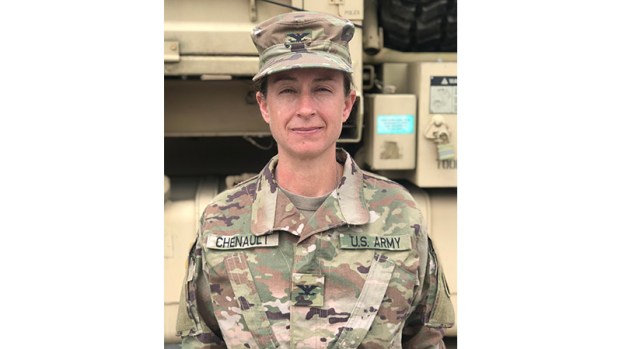 Janet Chenault was recently promoted to Colonel in the Virginia Army National Guard. Col. Chenault serves as the deputy commander of Clinical Services in the Virginia Army National Guard’s Medical Command. As a civilian, she is employed with Central Virginia Health Services in Charlotte Court House. as a family nurse practitioner. “I appreciate the support the support of my office manager Mitzi Palmer, Dr. Marian Hasey-Calhoun along with countless other colleagues and soldiers who have helped me get to this point in my career,” said Col. Chenault. Chenault has been employed with Central Virginia Health Services since 2013.