In May, after six tumultuous years, Crossroads Community Services Board Executive Director Dr. Susan Baker was removed from her position with the organization. Now three counties, including Charlotte, are requesting a forensic audit.

“We’re not talking about a general audit that everyone does each year,” County Administrator Dan Witt. “They are not looking for a lot of things that a forensic audit would find.”

According to Witt, both Prince Edward and Cumberland counties have also requested an audit that would dig deep into the organization’s actions.

During the Monday, June 14 Board of Supervisors meeting, members were brought up to speed on several actions that have since made Charlotte, and other counties request the audit.

“The things and the concerns that I’ve heard raised are, Crossroads’ board applied for and received $2.3 million from a payroll protection grant from the federal government, which has been forgiven,” Witt said. “I’ve talked to my two board members who represent them, and they don’t remember the executive director ever coming and saying, ‘I would like to apply for this grant.’ That’s part of the law. They don’t remember her coming and saying, ‘I would like for you to appropriate the money.’”

Witt further said, “So in my mind, they have, if they got that money and if it was appropriated for payroll protection, Crossroads’ board received $2.3 million towards paying people, salaries that they already had money budgeted for. I would hope that nothing would be found, but over the past six years, there’s been a lot of questions. There’s been a lot of turmoil, and it’s deserving of the new executive director to come in with a clean slate, knowing that there aren’t issues.”

Chairman Gary Walker said he would not repeat what he had heard, but that there were some “serious concerns.”

Walker further said that the BOS was responsible for seeing that the annual funds Charlotte gives to Crossroads are spent well.

Supervisor Garland Hamlett, Jr., who represents Charlotte on the Crossroad board, said the organization had had a lot of bad publicity.

“Have they had problems. Yeah. I mean, it’s like any organization, you always going to have some kind of a problem,” Hamlett said, “but if you get disgruntled employees, and then they go using the newspaper to write and convey how they feel. Is it really valid? Is it really the truth, or was it just what someone thinks?”

Supervisor Butch Shook, who also represents Charlotte on the Crossroads board, said he wanted to see the audit done to clear Crossroads and Bakers’ name.

“I’m not trying to find something they did wrong,” Shook said. “I served on the board for six years while she (Baker) was there. There’s always nitpick stuff. I mean, it has been for six years, and it will be from now on.”

Crossroads’ leadership has been scrutinized by current and former employees at several of the organization’s board meetings in the past year.

In early April, the Prince Edward County Board of Supervisors agreed to withhold the mental health organization’s 2021-22 budget allocation of $60,000 during a Tuesday, April 6, budget workshop until Baker could provide clarity behind the organization’s housing plan issues.

In October of 2020, former case worker Thomas Woodall alleged poor management at Crossroads had led to the possible suffering and death of a patient in an Amelia County group home as well as the physical abuse of two other patients.

In 2016, Baker was found to have violated state regulations after failing to notify the Department of Behavioral Health and Development Services before terminating four employees shortly after arriving at the organization.

In a Thursday, May 6, press release, the community services board announced Baker’s departure from the position, adding Pam Wallace will serve as the organization’s interim executive director while the board selects and employs a search firm to assist in a national search for a permanent new executive director.

Organized in 1973, Crossroads seeks to prevent and treat the occurrence of mental illness, intellectual disabilities, substance use and co-occurring disorders.

Crossroads’ board of directors consists of representatives appointed by boards of supervisors in Amelia, Buckingham, Charlotte, Cumberland, Lunenburg, Nottoway and Prince Edward counties. 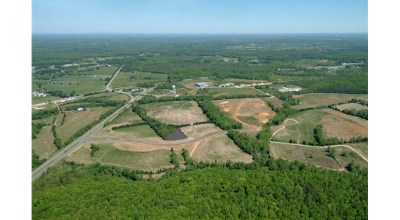