SolUnesco, a Reston Virginia solar development company looking to construct one of the nation’s most extensive solar facilities in Charlotte County, is at the center of a lawsuit filed just weeks ago but the company’s CEO says no wrongdoing was done.

John Janson, a South Hill attorney, filed the lawsuit in Charlotte County Circuit Court on Sept. 28 on behalf of Faye Trent individually and as a fiduciary of Ruth A. Hansen Wilcox, after Trent said, SolUnesco and company CEO Francis Hodsoll obtained a signed land lease option agreement dated Nov. 23, 2020, with Wilcox who was incapable of making such decisions.

In addition to SolUnesco and Hodsoll, the suit names real estate broker Sandra Ann Towne and her company Properties of Virginia LLC and landowner William Berkley Devin as defendants.

In a letter dated Oct. 5 to County Administrator Dan Witt and Monica Elder, Assistant County Administrator, Hodsoll wrote, “A single disgruntled citizen who is not participating in the Randolph Solar project has filed a frivolous lawsuit challenging the validity of another property owner’s participation in this project. Let me be as clear as possible – there is no merit to this litigation, and we are confident the courts will ultimately dismiss this case. Neither SolUnesco, its affiliated companies, nor any individuals sued in this frivolous lawsuit did anything wrong. SolUnesco has been in contact with the actual landowner and her caretaker throughout this process, and they support the Randolph Solar project and have raised no objections.”

According to the 40-page document, the lawsuit aims to dissolve contractual agreements to build the 800-megawatt facility and recover monetary and punitive damages.

According to lawsuit documents, the defendants, individually and together, talked Wilcox, 83, who is known to have dementia, into granting an option to SolUnesco to lease her family farm for use in the Randolph Solar project.

The lawsuit claims this was done after Towne and Hodsoll were told more than once by Trent that Wilcox was not interested in providing anyone with an option to lease any real property for use in the Randolph Solar Project.

Documents show that Hodsoll signed the lease agreement on behalf of his company. The suit notes that Wilcox was given a payment of $3,000.

The lawsuit also states that William Berkley Devin, who owns a large portion of land included in the Randolph Solar project, needed SolUnesco to obtain Wilcox’s land in order for his land portions to be included.

On a third occasion, Towne and Hodsoll approached Trent about the possibility of obtaining a lease and were told by Trent “there was no need for them to get out of their car, as she was fed up with them pressuring her elderly friend to enter the option for the benefit of Devin.” The lawsuit stated.

In the August Charlotte County Board of Supervisors meeting, Trent publicly spoke out against SolUnesco, alleging its wrongdoings.

“While the lawsuit has no merit, the legal process is nonetheless slow,” Hodsoll wrote. “Accordingly, while our lawyers are litigating the case, SolUnesco will have no further public comment on the litigation and will instead focus on the CUP process and bringing this vital project to fruition for the benefit of all Charlotte County’s citizens.”

County Administrator Dan Witt said the process for consideration of the application for a Conditional Use Permit (CUP) for SolUnesco will continue to move forward.

Witt said that because neither Charlotte County, nor the Charlotte County Board of Supervisors, Planning Commission, nor any Charlotte public official or employee is named in the suit his office had no need to respond to the lawsuit in question. 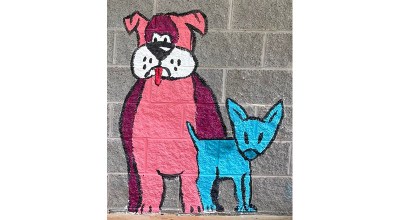